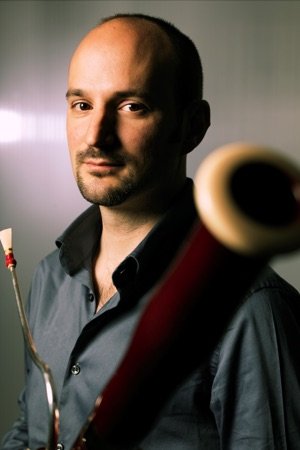 Benedikt Dinkhauser has been a bassoonist in the Vienna State Opera Orchestra since 2002 and a member of the Vienna Philharmonic since 2005.

He studied at the Conservatory and at the University of Music and Performing Arts in Vienna.

In addition to solo performances with the orchestra and recitals, chamber musician Benedikt has a second passion, photography. He also does this officially for the Vienna Philharmonic.

Benedikt Dinkhauser has held master classes at the Juilliard School and the Manhattan School of Music in New York and at Toho University Vienna – Tokyo.